We would like to offer our sincere support to anyone coping with grief. Enter your email below for our complimentary daily grief messages. Messages run for up to one year and you can stop at any time. Your email will not be used for any other purpose.

Share a memory
Obituary & Services
Tribute Wall
Read more about the life story of Donald and share your memory.

Don was born October 30, 1934, in Girard, Ohio, the son of Robert B. and Adeline (Bernard) Smaltz. He attended Saint Anne's grade school and was a 1952 graduate of Ursuline High School. He enlisted in the U.S. Air Force following graduation and was on active duty at Sampson Air Force Base in New York and Massaui Air Force Base in Japan. He was then transferred to Boron, California, in the Mojave Desert where he was a golden glove boxer.  He married the love of his life, Janice, on June 11, 1960 and he subsequently graduated in 1961 from Youngstown State University (YSU) with a B.S. in Education and a Master’s degree in Guidance and Counseling. He was a member of the Phi Sigma Kappa fraternity.

Don started his teaching and coaching career at Saint Christine’s and Jackson Milton schools. Following this, he taught science and reading for 17 years in the Poland school system, where he coached football for the legendary Dave Pavlansky, in addition to track and cross-country. Upon his retirement from the Poland school system, he taught as an instructor at YSU and part-time at Holy Family School in Poland. After retiring from teaching, he returned to Poland to coach track and cross country.

Throughout his coaching career, he accumulated numerous honors and awards. He was inducted into the Poland high school athletic Hall of Fame in 1997 and was selected coach of the year on seven occasions by the Mahoning Valley Coaches Association. He was part of the coaching staff of the 2000 state championship boys' track and field team. For these contributions, Don was honored for his legacy during the 25th Poland Track and Field Invitational on May 24, 2021.

He was an avid runner, completing 15 marathons, including six straight Boston Marathons. He served as president of the Youngstown Road Runners Club and is one of the founders of the highly acclaimed Peace Race and Road Runners Hall of Fame. He was also inducted into the Curbstone Coaches Hall of Fame. Don was a member of Saint Christine’s Church. He finally retired from coaching at 76 and spent many winters in Florida with his wife.

More importantly than the above accolades, Don was beloved by his students and athletes. He will be remembered for his joyous personality, kind demeanor, and strong handshake! He was a loving, faithful, and committed husband, father, grandfather, and great-grandfather. His family was his greatest joy and most important legacy.

Don leaves his wife, Janice (Verdinek) Smaltz, after 62 years of marriage. His three children, Donald (Christina) of Ashburn, Virginia; Cindy (AJ) Shields of Canfield, Ohio; and Mark (Kathy) from Nokesville, Virginia; along with 15 grandchildren and 10 great-grandchildren, his sister Beverly Ewashko and his sisters-in-law Noreen Smaltz and Pat Smaltz Thomas as well as many nieces and nephews. Besides his parents, his two brothers, Robert and William, preceded him in death.

Calling hours will be 10;00AM -11:00AM , with a Catholic funeral Mass at 11:00AM, Saturday, October 29, 2022 at St. Christine's Church. Friends and family may visit www.vaschakkirila.com  to view obituary and to leave condolences for Don's family.  Flowers or donations can be made or sent to to St. Christine's Parish in C/O Donald Smaltz,  3165 S. Schenley, Youngstown, Ohio 44511.

To send flowers to the family or plant a tree in memory of Donald J Smaltz, please visit our floral store. 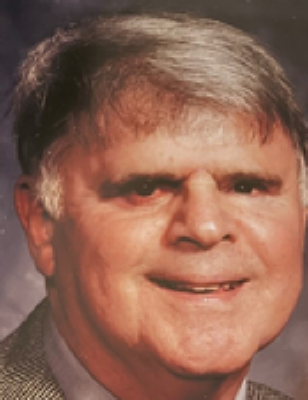 Look inside to read what others
have shared
Family and friends are coming together online to create a special keepsake. Every memory left on the online obituary will be automatically included in the book.

Look inside to read what others have shared

Family and friends are coming together online to create a special keepsake. Every memory left on the online obituary will be automatically included in the book.

You can still show your support by sending flowers directly to the family, or by planting a memorial tree in the memory of Donald J Smaltz
SHARE OBITUARY
© 2023 Vaschak-Kirila Funeral Home. All Rights Reserved. Funeral Home website by CFS & TA | Terms of Use | Privacy Policy | Accessibility