We would like to offer our sincere support to anyone coping with grief. Enter your email below for our complimentary daily grief messages. Messages run for up to one year and you can stop at any time. Your email will not be used for any other purpose.

Share a memory
Obituary & Services
Tribute Wall
Read more about the life story of Victor and share your memory.

Victor Edward Truman Cecil, 77, peacefully fell asleep in the Lord on January 4, 2023, in his home in Niles, Ohio. He was born on May 8, 1945, in Massillon, Ohio to Edward and Margaret (Ruth) (Blackledge) Cecil. His parents gave him the unique middle names of Edward - in celebration of “V-E” (Victory in Europe) Day - and Truman - in honor of a shared birthday with much beloved President Harry S. Truman.
Victor graduated from Massillon’s Washington High School and will forever be a Massillon Tiger fan, following the team year after year especially during rival games.  He enjoyed these games throughout the years with cousins and friends, and most of all with his younger brother, Jac Cecil. Throughout high school, Victor was driven and competitive and was a member of the chess club, Junior Achievement club, and the track team.
Victor continued on to Youngstown University where he became a member of the Tau Kappa Epsilon fraternity and earned degrees in business and education. This is also where he met his future wife, Maria Kolitsos, during the freshman picnic.  He was industrious - working from his youth, then throughout college until he became a high school business teacher and track coach at Salem High School. Eventually Victor transitioned into real estate, other investment opportunities and owning his own business and was successful and generous in all his endeavors.
Victor and Maria were wed on September 10, 1967, recently celebrating 55 years of matrimony. They spent their years devoted to raising their children and supporting their church and are members of Saint Nicholas Greek Orthodox Church. Victor’s eyes lit up when talking about his three grandchildren and he loved to spend time with them sharing his stories, his knowledge, and honing their chess skills.
Victor leaves behind to cherish his memory, his beloved wife, Maria (Kolitsos) Cecil; children, Dr. Bryan Cecil and Amy (Eric) Russell; and three grandchildren, Sophia, Athanasios, and Andrew Russell. He is also survived by loving in-laws Socrates Kolitsos, Gloria and Timothy Knotek, and Kathleen Kolitsos, as well as many nieces, nephews, and friends.
Victor was preceded in death by his parents, Edward and Ruth Cecil and his only brother, John (Jac) Cecil and his wife, Sandra Cecil. He was also preceded in death by his brother-in-law Father Andrew Kolitsos.
Services will be held at St. Nicholas Greek Orthodox Church, 220 N. Walnut St., Youngstown, Ohio, on Saturday, January 7, 2023 at 11:00 am, will visitation one hour prior to the sevice. Donations can be made to St. Nicholas Greek Orthodox Church. Vaschak-Kirila Funeral Home will be handling the arrangements.

To send flowers to the family or plant a tree in memory of Victor Edward Truman Cecil, please visit our floral store. 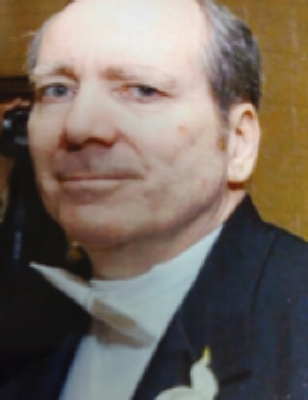 Look inside to read what others
have shared
Family and friends are coming together online to create a special keepsake. Every memory left on the online obituary will be automatically included in the book.

Look inside to read what others have shared

Family and friends are coming together online to create a special keepsake. Every memory left on the online obituary will be automatically included in the book.

You can still show your support by sending flowers directly to the family, or by planting a memorial tree in the memory of Victor Edward Truman Cecil
SHARE OBITUARY
© 2023 Vaschak-Kirila Funeral Home. All Rights Reserved. Funeral Home website by CFS & TA | Terms of Use | Privacy Policy | Accessibility